By: Danny /
With: No Comments /
In: eFORMz, Integration 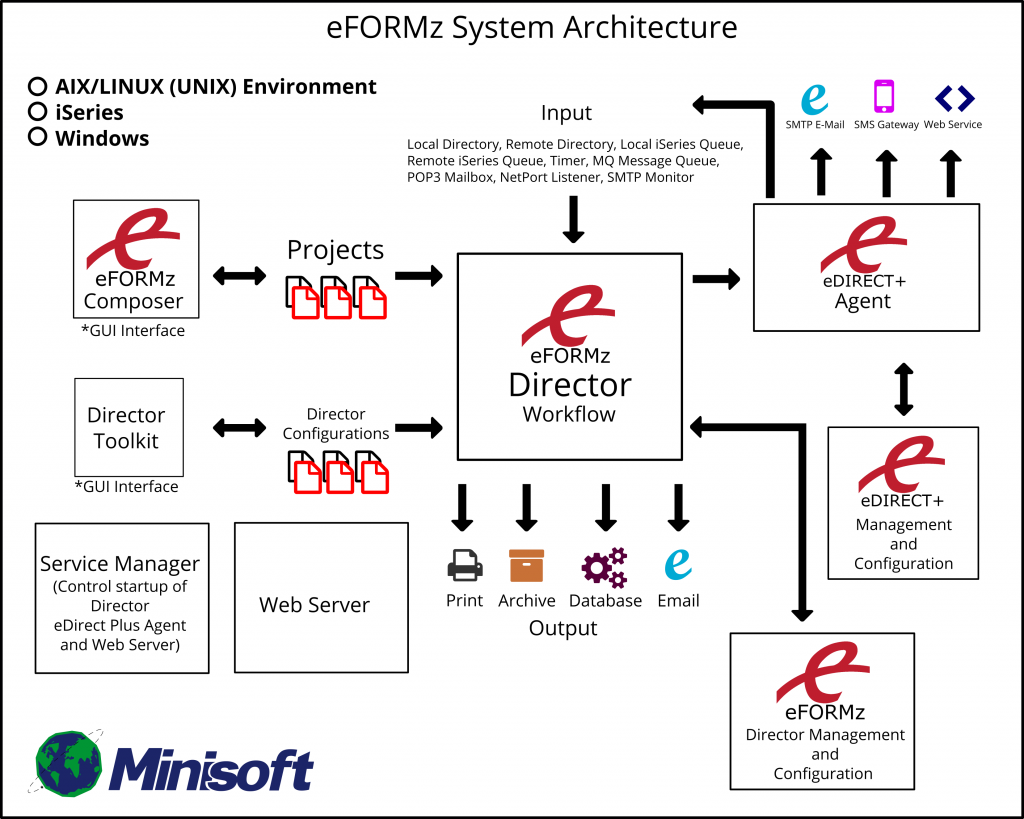 System requirements and hardware recommendations for eFORMz are available here:

Which operating system is best for eFORMz?

For example, the primary benefit to using UNIX over Windows is lower operating system overhead. When using current CPU architectures on a four to eight core box, Windows uses between one and one and half cores for overhead. Linux is less than half of one core. The operating system overhead is not just what it does idling. This is the time needed for things such as file system reads and writes, firewall activity, virus/malware checking, and other services that affect how fast eFORMz can process data. There are also various sources of UNIX including AIX, HPUX, Solaris, and Linux. In addition, Linux has various distributions in both ‘free’ and ‘supported’.

How does the AS/400 measure up? IBM PowerPC processors are even more efficient, performing well with very little maintenance. That said, that benefit can easily be lost in the additional overhead needed for operations. eFORMz has always needed to share the box with many other applications. Likewise, there are some output features (Spoolfile OUTQ options) unique to running eFORMz on AS/400s.

With regard to virtual system creation, most of this will be Intel/AMD-based hardware running Windows or Linux. The others such as AIX, OS/400, and HPUX have vendor specific virtualization.

Do we have to plan for dedicated servers for Minisoft, or can we run the Director Toolkit on the existing servers?

Using eFORMz does not add significant overhead. The primary considerations would be internal policy and resources.

This is dependent on what is being done with eFORMz. A couple of examples may help with planning.
1) To keep 10 laser printers capable of 20+ pages per minute busy, eFORMz would need about four cores. In this example the CPU cores would be used less than 10% of the time.
2) To produce 100 two page PDF files, eFORMz using two cores would take under 10 seconds.

Considering that we plan considerable PDF archiving and emailing, should we prefer Linux or Windows (also considering user access to archives)?

We do not have a preference for an operating system while running. If you expect heavy use of the PDF archive files, having them loaded on a separate file server may be of value. The eFORMz Director can be configured to direct the output to another Linux host or Windows (via Samba share).