Putting Leading Zeros in Front of a Number

By: Danny /
With: No Comments /
In: eFORMz, eFORMz Tips & Tricks

How do you put leading zeros in front of a number in eFORMz? Let’s say a numeric value of 4.69 needs to be converted to 00000000469. There are at least two methods of controlling the total length of the field in question. Both methods are demonstrated in the following sample: LeftFillSample

The second method might be more attractive for values with commas and decimal points that need to be removed. It involves replacing the commas and decimals then using a numeric format procedure to add the necessary number of zeros. 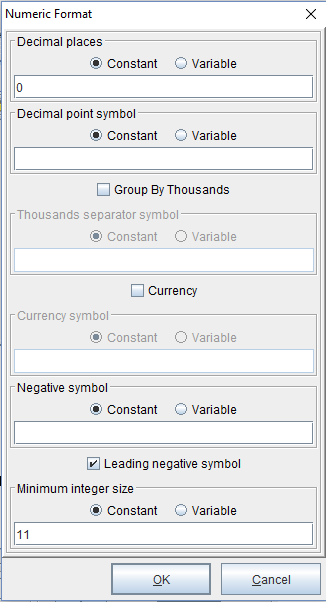