By: Ben Darling /
With: No Comments /
In: Document Template

Project D is sending the input variables of SKU and QTY. They are concatenated into single strings with \n’s for each PO. So if there are 2 POs there will be an array, SKU, of 2 strings and an array, QTY, of 2 strings. 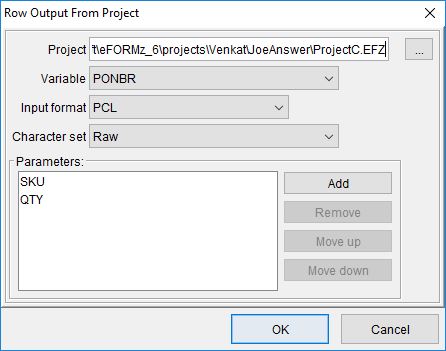 The input format means that the project you are calling will receive the input data in that form. In our example we have PCL.

The character set is set to Raw, which is the raw data, but you could have it set to EBCDIC to included characters from other languages, such as Chinese.