By: Cameron Spencer /
With: No Comments /
In: eFORMz, Reference

You can set source and output trays independently for each form in the eFORMz Composer.

Tray assignments simply replace a logical tray number with a value that is set in an eFORMz project.

Specify the Auto Select logical tray number, which is 7 for many printers, to have the computer automatcially select which tray to draw from. You can load multiple trays with paper, and eFORMz will automatically switch trays after the tray it is drawing from is empty.

Is there a way to drive printer tray selection from a datapoint–either within a text file or from the file name?
You can use a form for each tray, each form having the Source tray set as required, and then use eDIRECT+ to conditionally print each form based on a variable. This variable can be set to your incoming file name. eFORMz has the ability to set the variable to any project variable including system and Queue Monitor variable, such as the file name based on a function (system variable: Data File Name). You can use the file name and, if necessary, substring the exact characters that represent the division from the data file name as shown below: 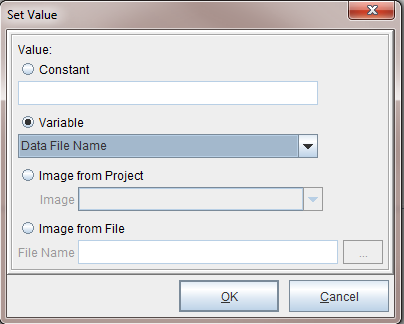 From there, you can add three forms to your project that represent the three different trays, and conditionally set the forms to the divisional number.

No posts were found for display