By: Danny /
With: No Comments /
In: eFORMz, Functions

As of eFORMz version 11.08, there is a “Number to Dollars” function which converts a decimal amount to a textual amount. There are two formats. The “Decimal Cents” currency type consists of the following syntax: written dollar amount + “dollars” + “and” + decimal cent amount. In this case, the value 2.22 would become “two dollars and twenty two cents.” The other format is the “Fractional Dollars” currency type. The syntax is: written dollar amount + “and” + fractional cent amount + “dollars.” In this instance, 2.22 would become “two and 22/100 dollars.”

1. First, right-click a variable with a decimal value and select Add Advanced Function > Number to Dollars. 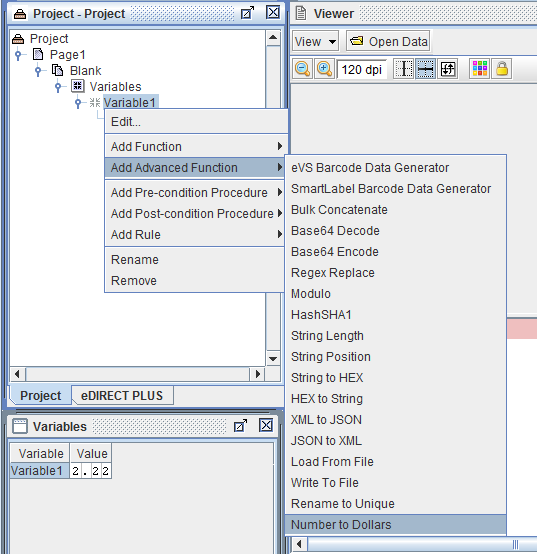 3. The result can be seen in the Variables Window. 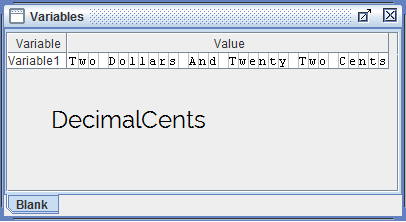 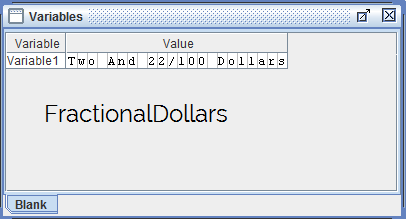