By: Danny /
With: No Comments /
In: eFORMz, Printers

View LPD Communication for general instructions. Consult the information below if the LPD setup through the Standard TCP/IP Port is blocked by Active Directory.

For printing from an implementation of eFORMz on a Windows Server, it is recommended that Network Printers are re-created as Local Printers. While there are times when the use of a network printer will work, these printers can stop at any time because of a security change or patch. The issue stems from where the printers are defined. When logged into the desktop of a Windows Server, any number of printers can be seen in the list. These printers, however, are not necessarily available to the Windows service running eFORMz. Usually the service is a local machine user specifically “LocalService.” These local identities usually do not have permission to access network resources. These are the printers with names like this:

In many cases the printer definition seen by the desktop user are not on the system permanently. They are added as part of the logon script each time the user logs in. These are seen as “printer on system.” Additionally, starting with a patch to Windows Server 2008 R2 and continuing through the current Windows Servers; the LPD setup through Standard TCP/IP Port may be blocked by Active Directory. There is now a port that can be created called LPR Port (Line Printer Remote Port Monitor): 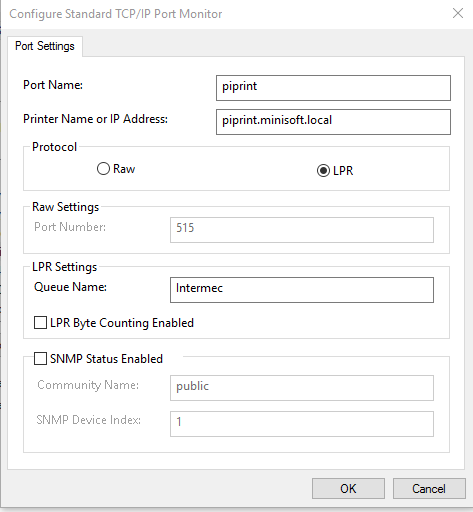 This option becomes available if the Windows Feature for LPR Port Monitor is added: 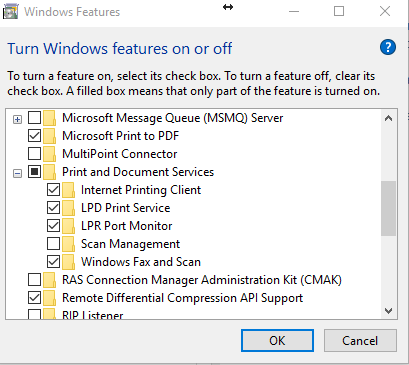 Once added, select Create a new port and add a new printer, and then choose LPR Port. Use the Add LPR compatible printer dialog box to type the IP address or host name that is hosting the shared printer, and the name of the print queue.